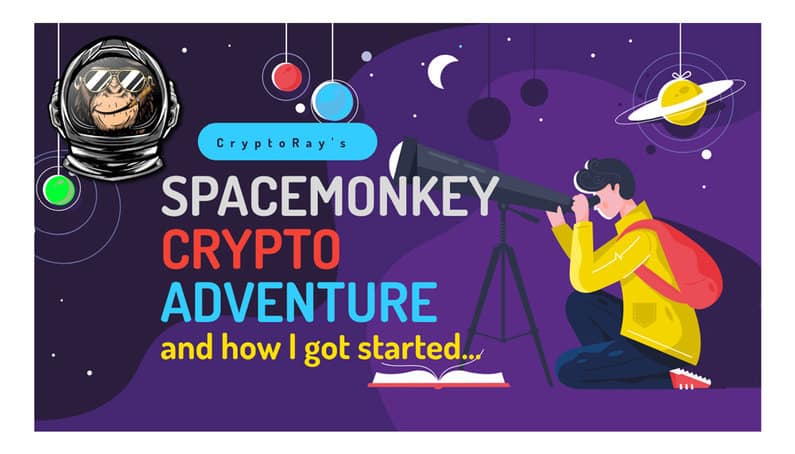 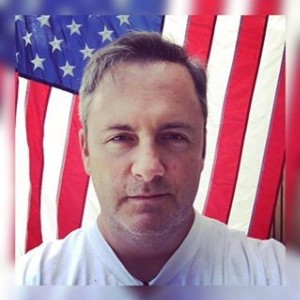 Hey, guys, I hope everybody is doing well. I wanted to make this video because I wanted to do a case study on this cryptocurrency that for me has been unbelievable. I’ve never seen anything like this before. And for those of you who know me, you know that I’m not a crypto expert by any stretch of the imagination. I work full time for the fire department. And I also have my own company in which we do digital marketing. We’re a digital agency and do everything from website design, video marketing to Facebook, Google, PPC and social media marketing.

You will need the following:

So with that being said, I decided to do a quick video because this Space Monkey has been unbelievable. And let me also make a statement here. This is not financial advice. I’m not trying to get you to sign up. There’s absolutely no benefit for me if you sign up. And I don’t know the people behind Space Monkey, there’s nothing other than me just showing to those that are interested how to invest in a cryptocurrency. I chose this one because this one has been phenomenal for me.

Now, let me just show you. So what happens with cryptocurrency is a couple of things. You have to have something called a digital wallet, and the wallet is nothing more than a wallet that you have in your own pocket right now. It’s a way to transport money from place A to place B. And, if you have 20 bucks in it, or 50 bucks in it, no big deal. It is what it is. It’s just a wallet.

Now, in order to buy something like Space Monkey, you have to go to an “exchange”. And an exchange is kind of like the bank. But you have to find a bank that actually will accept and deal in this particular cryptocurrency. In this case, the only one that I know of is called uniswap, and that’s the one that’s on their site right now. (This may change in the near future) So if you were interested in acquiring some Space Monkey, you’d have to get a wallet, and you’d have to use uniswap.io as the exchange.

And I’m going to walk you through that process. Before I do that, let me just show you some of the reasons why I like this particular coin and why I chose it. I saw a Reddit post about it, and at first I thought it was just a meme coin and a meme coin just means that it’s a cool looking coin, has no utility, no functionality behind it. It’s just a coin. And there’s a supply and demand. There’s only so many of them. (you can see the Reddit screenshot on my video that explains it better)

And people want these coins, like kind of like a challenge coin would be in the fire service. And the thing that separates this one is that it has something called a burn fee and a redistribution fee. So every time you buy this, a portion of that is being redistributed to other people that are holding the coin. And there’s a percentage of it that are being burned to help make there only be a certain amount of them. And then the other part of this is that it’s not only a neat looking coin, it actually has some utility purpose and functionality behind it.

According to their roadmap, they’re going to actually produce a game. And from what I read, the game is going to be an educational type game that talks about cryptocurrency and it’s going to be for young adults to learn about this. So there is some, like I said, utility purpose behind it, which gives it more value, in my opinion, than it does any other meme coin out there, like, you know, doge or any other ones that you may know of.

So I decided to buy it and I decided I was going to put fifty dollars in and I had to learn the procedure. And so here it is. You have to have a wallet. They use metamask.io but I used my Coinbase wallet because I have a coin base account.

So, first you need to make sure you have money in your wallet and then you can click on the button that says uniswap. It’s going to take you to the uniswap page and it’s also going to put in the space monkey token in there, so it’s all set to go.

If you went with Coinbase, click this and after you. So let’s just follow this through like it’s mine and I’m going to hit Coinbase because this is pretty much exactly what I did. And then here I have to make sure that the slippage, tolerance is high enough for this transaction to go through. I’m not going to get into what all this means. They are talking about it ad nausea on the telegram platform. I’ll put a link on my article, how you can join that. The link is http://t.me/spacemonkeyfinance

I encourage you to join for insights to Space Monkey and they explain the whole thing about slippage. So once you do that and you go ahead and hit approve, you’re going to see it’s going to maybe give you a warning that says that you have to pay what’s called a miner fee. And because this is on the Ethereum network, there is a transaction fee with all the people that are mining Ethereum.

There is a fee involved with this transaction, no different than if you go to your bank and you try to put a cashier’s check together or whatever, you know, financial institution transaction you try to do, there’s usually a fee associated with it. This is no different. However, this is much more expensive than your conventional bank ATM fee. Whatever else, this can be almost as much as your actual transaction. If you’re doing it in small amounts, like the fifty dollar example that I have here, might have a 40 dollar transaction fee.

Now, if this was five thousand, it might also just be a 40 dollar transaction fee. It just seems like a lot because we’re dealing with small numbers here. But be prepared for that. You may have to pay a lot in that fee, but if you see the kind of results that you can get, it’s not going to be an issue. You’re not going to be losing sleep over that and you’re going to be in the cryptocurrency game.

And hopefully you see a nice return on your investment like I did. So here you can see my Coinbase wallet and you’ll see here that it shows that I have one hundred and nineteen million space monkeys. But let me tell you, I didn’t purchase one hundred nineteen million of them. I purchased one hundred and sixteen million of them. And because of that redistribution fee, I’ve been being awarded additional space monkeys because I’m holding this. And as people buy and sell, I’m getting a percentage through that redistribution.

So that’s what that does for you. So now I have one hundred and nineteen in million and I’ve been tracking it. So you could see here, this is when I had one hundred and eighteen million. It was worth four hundred and ninety dollars. So at this point I almost 10 xed my fifty dollar investment. Now pause here for a second and just understand the fifty dollar investment came with. I think it was a forty dollar minor fee. That’s the gas that you’ve heard of before.

That’s the cost above and beyond what you’re investing to get the exchange process completed. So it’s kind of like a transaction fee, so I’m actually in it for 90 dollars, but ninety dollars became four hundred and ninety dollars. Now, if I were to sell this, I’d have to pay another transaction fee. So let’s say it’s the same. So I would be into it for a total of like one hundred and eighty dollars or so. So I would be up three hundred dollars if I were to sell at this particular date, which I didn’t.

I went on and I held it because it was relatively a very small initial investment and as I was holding it, it went up. So here it is to six, 10, and then I held it more and then I decided to change the number to one hundred and nineteen million. So I changed it to one hundred and nineteen million. And then it became, you know, eight hundred dollars. And this is all based on that five fifty dollar investment.

And then it became $823 and then $856, $861 and $919. And I think that that’s my last screenshot that I took of it. It’s currently trading even more valuable than that. And let me just reverse this out and go a different way and show how much is Space Monkey currently? You can see there are still 4 zeros in front of the first digit.

I hope you found value in this video.  I love coffee and if you would like to treat me to a cup so I can buy more space monkey that would be great. 🙂

Buy me a coffee

So thanks again, guys. Have a great day. If you have any comments, questions, concerns, you know, why don’t you go to the telagram app. There’s a telegram group for this particular currency called Space Monkey. Look for it in my description below as well. And hope this video helped you out. And I’ll talk to you later. Thanks.

I will update everyone as this adventure unfolds. Hopefully it will have a very happy ending.  However, you really never know what you are going to wake up to in the crypto world morning.

This is not financial advise in any way shape or form. Nothing contained in this website should be construed as investment advice. Any reference to an investment’s past or potential performance is not, and should not be construed as, a recommendation or as a guarantee of any specific outcome or profit.